Mr. Bill Herrera Appointed to Goshen Board of Education 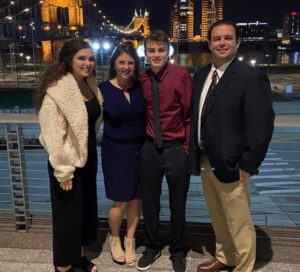 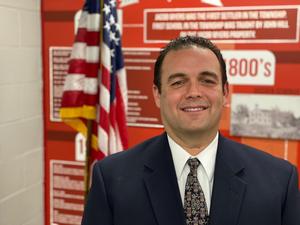 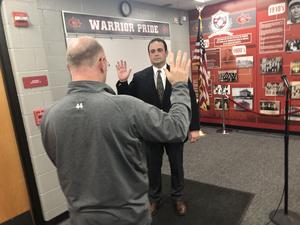 The Goshen Board of Education would like to announce that Mr. Bill Herrera was unanimously appointed to fill the vacancy left by the resignation of veteran board member Tom Bixler.

The Goshen Board of Education would like to announce that Mr. Bill Herrera was unanimously appointed to fill the vacancy left by the resignation of veteran board member Tom Bixler.

Mr. Herrera was sworn into office during the January 13th, 2020, regular Board of Education meeting held at the Goshen High School Community Room at 7:00 p.m. “The Board of Education is confident that Bill is a great fit for the position. He has been involved in the community through various volunteer opportunities and his love of the Goshen community, background in his professional pursuits, and varied education background lend themselves to stepping into the role of board member during a very busy time in our community and in the world of education,” Darrell Edwards said in a statement “Mr. Herrera is committed to our district and our community and the four board members unanimously agreed on having him join the Board of Education.”

Mr. Herrera is a 1988 graduate of Goshen High School. He and his wife Tori (5th-grade teacher at Spaulding Elementary) have two children, Tyler, 11th grader at Goshen High School and Mikaela a class of 2016 Goshen graduate.

Mr. Herrera furthered his education at Ohio University and Cincinnati State. His area of concentration was Electrical and Computer Engineering.  Bill is employed by the Ford Motor Company, where he has held the role of an Industrial Electrician and most currently is the Skilled Trades Team Leader at the Sharonville Plant.


Mr. Herrera has fulfilled several roles within our community over the course of the years. He has been involved with youth sports as a coach and a Goshen Youth Football Board Member. He has also served on several school district committees including his most recent involvement on the Bond Issue Steering Committee.  Mr. Herrera is also very involved in his church as a youth leader.

Mr. Herrera said “ I am extremely honored to be considered for the appointment to the board and understand the dedication the position requires. I am honored to be fulfilling a seat on the Board of Education that my late mom Sue Steele served on with pride for many years. I feel I have a true sense of what being a board member means, and I am proud to be serving a community that has given my family so much over the years.”

Under election and state law the final two years of Mr. Bixler’s term will be up for election in November 2021. Mr. Herrera said, “ I fully intend on running for election to fulfill Mr. Bixler’s unexpired term. I will do everything to fulfill the mission and vision of  Goshen Local Schools.” Board of Education members, John Benthien, Julie Casey, John Gray, and Deborah Gray said: “ We look forward to Mr. Herrera joining the board and believe that he will fit in perfectly and will work to maintain the high academic expectations we have in place.”