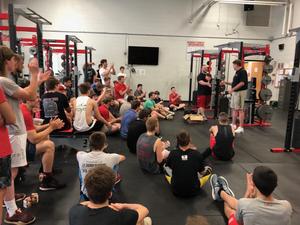 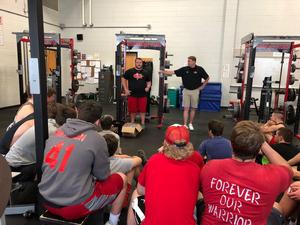 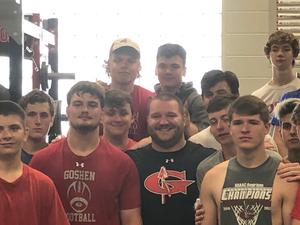 Miller will take over for coach Ryan George, who stepped down unexpectedly to move back home to Texas. Over the past five seasons, Coach Miller has served many roles on Coach George’s staff, including the last two years as offensive coordinator.

High School Athletic Director, Mr. Scott Wake and High School Principal Mrs. Stephanie Walker introduced Coach Miller at to the team Monday morning sharing “Coach Miller is a great leader, teacher, and developer of young men on the field, in the classroom and in the community,” Walker said.  “He is passionate about Goshen High School and the Warrior community. Coach Miller sets high standards for his players and coaches and we are excited for the future of Goshen football.”


Following the introduction Superintendent, Darrell Edwards said, "Coach Miller’s body of work over the past five years made this an easy decision. Nobody has ever had anything but praise for him. Either as a football coach or a teacher."

“I am beyond excited,” Miller said.  "I am very honored to be selected to lead such an outstanding program. My message to the kids is that nothing changes, we will continue to be a hard-nosed, disciplined football program that produces men of elite character."

A parent meeting will be planned in the near future, as Coach Miller wants to go over his expectations and share his passion with the parents of our athletes.  Information on the meeting will be communicated through the district website, principals email and our district Facebook page. If you would like to welcome Coach Miller  his email address is millerg@goshenlocalschools.org